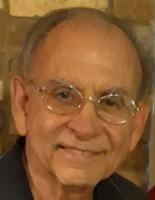 John and Lula were cotton farmers in the area near Bryan known as “The Bottom.” Paul and his brothers learned to farm, and they worked hard on their family farm in their youth. Paul was known by his family as “Paul Frank.” He attended school in the one room schoolhouse in Steele’s Store and graduated from Stephen F. Austin High School in Bryan in 1964.

Paul worked his way through Texas A&M University, graduating in January, 1969, with a BBA and was inducted in the U.S. Army in February, 1969. He served in Viet Nam from 1969—1970 in an artillery division. After returning home from Viet Nam, Paul worked briefly in sales and then started a business providing janitorial staff to local business owners.

Paul and Rosemary Benedetto DiBiase were married in 1971, and Paul became Dad to Rosemary’s children, Rosanne and Paul Joseph, whose father had lost his life at a young age. A few years later, Steven Nicholas was born to Paul and Rosemary.

Paul’s entrepreneurial abilities provided a comfortable life for his family. Paul and Rosemary’s union lasted 23 years, after which they remained good friends and devoted parents to their three children.

A celebration of life reception was held at Rolling Hills Country Club, 401 Lamar Blvd., Arlington TX on Friday, September 24, 2021, with a graveside service at the DFW National Cemetery. Laurel Oaks Funeral Home was honored to serve this family.