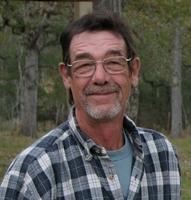 George was born in Wharton TX on April 7, 1945, to Dr. George L. Huebner, Jr., and Patricia Todd Huebner. He was the eldest of their four children. He grew up in College Station, attending Stephen F. Austin High School in Bryan, and graduating from A&M Consolidated in 1964.

He was a competitive short-track and enduro motorcycle racer in his younger years, becoming the highest ranked racer in Texas. He remained involved in the motorsports industry throughout his life. In the late 1960s, he and a friend owned the University Cycles motorcycle shop in College Station, making him the youngest Yamaha dealer in America at that time.

In the summer of 1963, George met his daughters’ swimming instructor, Suzanne (Gallaway) Hall; the two were married from 1966 until 1974. They moved to Houston in 1969, where he worked in the motorcycle business, discovering he had a knack for sales. Their son, (George) Todd Huebner Hall, was born in 1970.

In 1976, George moved to California, joining R.C. Engineering, where he served as marketing director and worked on their top fuel race team, which held the record for the fastest motorcycle in the world for many years. He met Lenae (Brown) Scroggins, to whom he was married from 1980 until 2006. He moved on to Ducati Cagiva, where he served as North American marketing director from 1985 until 1989. He also served on the board of directors for the Motorcycle Industry Council.

In 1989, he became national sales manager for Modular Displays, Inc., a national trade show display company, where he remained until 1993, when he returned with Lenae to College Station. There George began a new career as a master woodworker and home repair professional, serving the local property rental and real estate industry. His return to College Station coincided with his son Todd’s years at Texas A&M. He cherished his return home, where he was close to his son, parents, and sisters.

He was a talented writer and authored a several articles for leading trade magazines in the motorcycle industry. His 1990 article “Young Love in American Motorcyclist” evoked heartfelt responses from countless readers. He was an avid reader and a student of military history. His sharp wit, intellectual curiosity, and literary talent continued to mark his character through his final moments.

He was well-liked and had many friends who remained close throughout his life. He liked nothing better than to sit with friends and discuss life and current events. He was a lifelong animal lover and was never without at least one loyal dog at his side.

George was preceded in death by his parents and by his younger sister, Anne Huebner Beamer. He is survived by his sisters, Nancy Brown and husband Rob of College Station, and Meg Woody and husband Allen of Dallas; his son, Todd Huebner Hall and wife Jean of Boulder CO; his two grandchildren, Mackenzie Hall and Ryan Hall; five nieces and nephews and families; and his animal companions Zulu and Sams.

Graveside services will be held at 1:00 p.m. on April 25, 2022, at the College Station City Cemetery, 2530 Texas Avenue South. A celebration of life will then be held at the St. Thomas Episcopal Church parish hall, 906 George Bush Drive. In lieu of flowers, donations in memory of George may be made to the Aggieland Humane Society, 5359 Leonard Road, Bryan, Texas 77807.