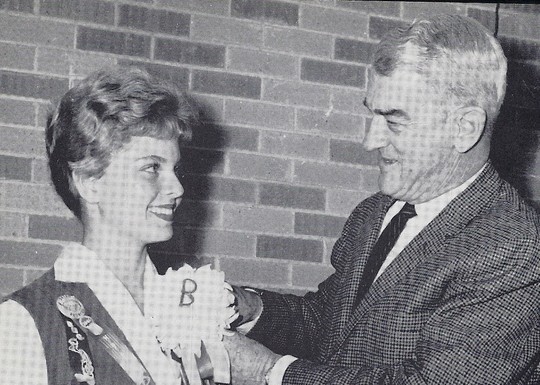 Frances Lee Cunningham Hensley, 50, of , passed away at in , , of complications from scleroderma while en route to her home. Crawford Crim Funeral Home of Henderson, Texas, was in charge of arrangements, with burial at in . A memorial service was also held later in .

was born , in , to Earl C. and Joy Torbett Cunningham. She was married to Lewis Lee Hensley of on , in . She is survived by her husband; their children, Lewis and Joy; and one sister, Darnelle Cunningham Morgan and her husband, Barry Morgan, of . was preceded in death by her parents and two sisters, Lynne Cunningham and Jocelyn “Jody” Cunningham, all of whom were killed in a place crash in September, 1971.

Graduating from in in 1963, went on to , receiving her B.S. degree in 1967. She worked in Dallas for a short period before meeting her husband, a former football player for the University of Texas, who was a banker in Marlin, Texas. taught school in Marlin for a couple of years before her children were born. They lived there until 1973, when they moved to into the Cunningham family home, and Lee established an insurance business. delighted in being a homemaker and home schooled their children until they reached high school age. At that point, the family moved to , so that their children could attend , and Lee worked for a travel agency.

loved the Lord and enjoyed serving Him as a discussion group leader in Bible Study Fellowship, International, for several years. She was known for her hospitality and used her cooking skills to minister to others. Her kitchen was the source of many blessings as she touched the lives of others and encouraged them in their spiritual growth.

Since her death, both of her children have married, and each has two children. Lewis Lee Hensley IV and wife June of Poulsbo, Washington, have Luke and Olivia. Joy Elizabeth Hensley Sollberger and husband Marc of Melbourne, Australia, have Christian and Francesca.